Everybody knows pandas, a gorgeous specie whose name means “cat-bear” in Chinese. Mainly because, not only is panda the animal which Ranma’s father turn into when he’s in contact with cold water, it’s also the Wold Wide Fund For Nature (WWF)’s symbol since its creation in 1961. And as we release our first statue based on Takahashi Rumiko’s manga, Tsume decided to donate a part of the profit of this sale to this association. So we use the opportunity to tell you more about this vulnerable specie.

Giant panda (Ailuropoda melanoleuca), panda bear or panda, is a mammal from the Ursidae. Being able to digest meat, he’s classified as a Carnivora while his diet is 99% vegetarian, mostly bamboo shoots. He can eat up to 20kg in a day and spends 14 hours chewing them. Nowadays, he lives in a few mountain ranges in central China. Unlike most bears, giant panda does not have round pupils, but vertical slits, as do cats' eyes. 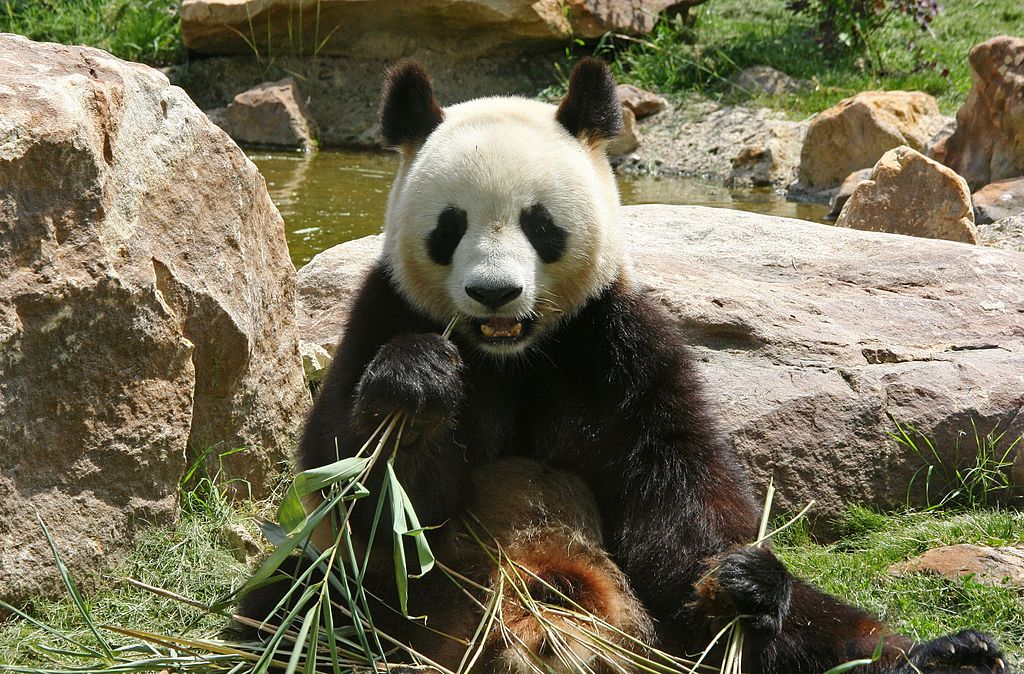 Since 1950, the human demography has boomed and created a major deforestation through industrial activities, farming , and other development. As a result, the giant panda has been driven out of the lowland areas where it once lived. Now, he only lives in six maintains ranges in Sichuan, Shaanxi and Gansu, and their habitat is only 67 natural reserves.

With the disparition and limitation of their habitat, pandas’ migration has become harder. This natural process is essential to find mates for reproduction purpose and increase genetic exchanges. A young panda also needs to find its own territories once he separates from his mum. Then, it’s also crucial when in need to find new sources of food, in case a bamboo forest would decline. Not being possible to do so has dramatic outcomes: insufficient genetic exchanges, inbreeding, lesser resistance to diseases, feeble adaptability facing environment changes, starvation during bamboo flowering, … 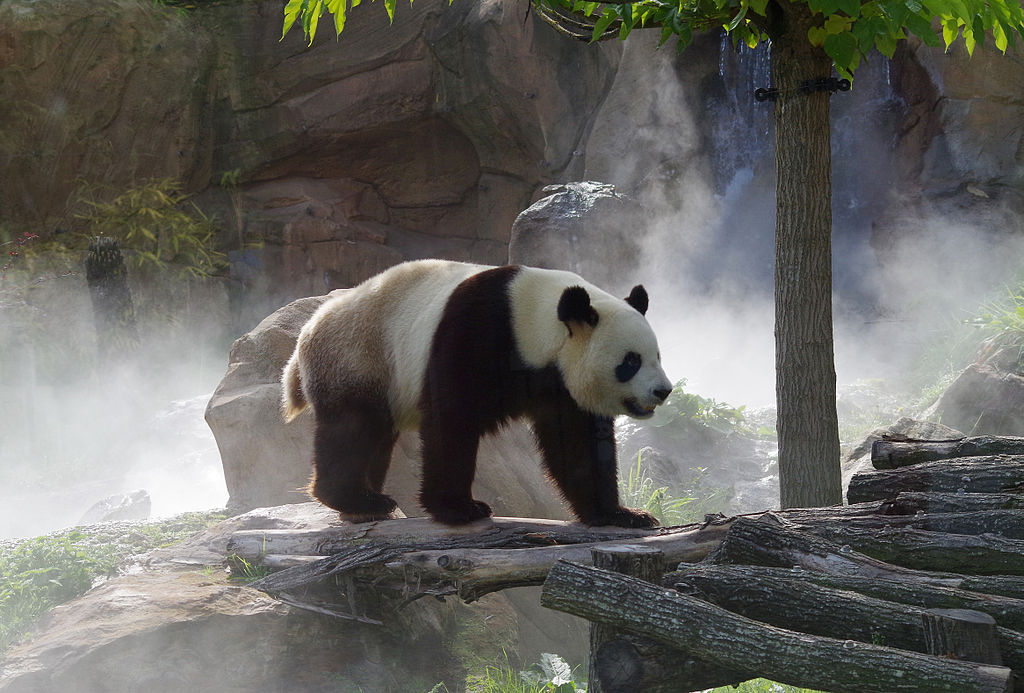 Hunted for their fur in the past, with new strict laws and the “endangered specie” status, pandas saw their poaching greatly diminished. However, while pandas are now rarely killed on purpose, they can be hurt or killed by traps targeting other animals such as regular bears or deers. Lately, pandas are threatened by climate change. This major disruption could have a real impact on bamboo forest’s development, which is almost the only source of alimentation of pandas. Bamboo is very specific and only flowers every 15 to 120 years (depending of the breed), so it does adapt very slowly to climate evolution. Then, climate change could make some bamboo species disappear, and favour the colonisation of new milieus for other ones. All of this will probably change food availability and repartition, and it might get tougher for pandas to feed.

Since 1980, and at the Chinese government's invitation, WWF works on pandas conservation directly in China. It’s the first international conservation organisation to be offered such an opportunity. After a field study to understand the ecology and pandas behaviour in its natural habitat, WWF works to enlarge natural reserves, create bamboo corridors to link isolated pockets of forest, allowing the pandas within them to move to new areas, find more food and meet more potential breeding mates. It also helps fighting poaching and illegal tree cuts, managing natural reserves, and doing more research and watching. 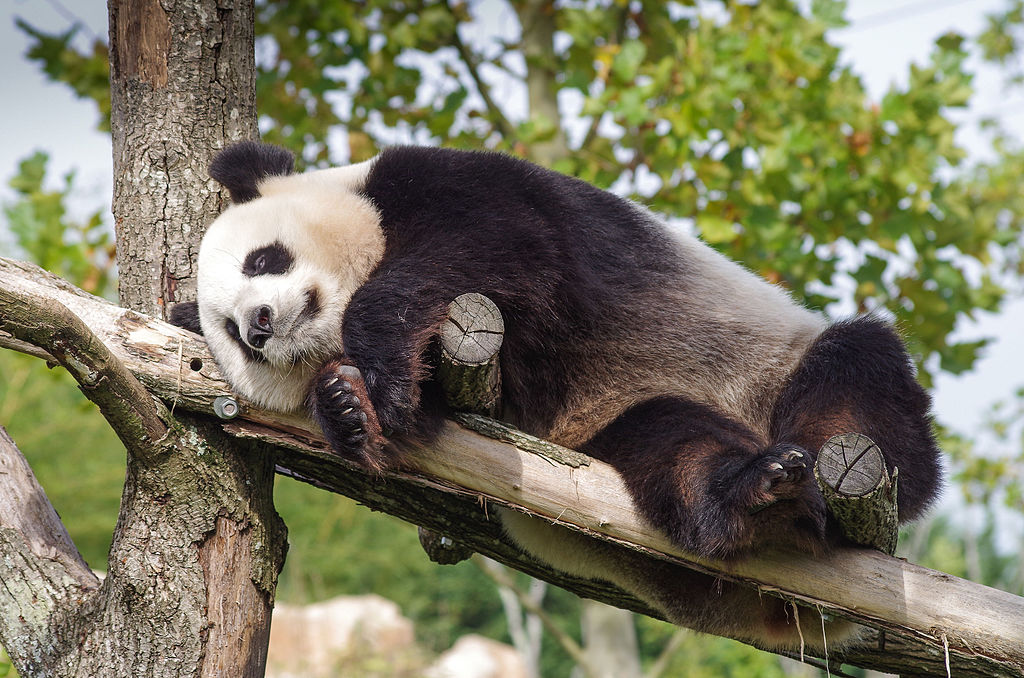 All these work has paid, and pandas natural habitat is growing, poaching and illegal forest cuts have strongly decreased. Furthermore, the panda population has been growing too and went from 1 114 wild pandas in China in 1980, to a total of 1 864 in the world today! This is a great new which came with a change of status of the specie in 2016. Pandas are no lingered “endangered”, they are now “vulnerable”. This positive information must not hide the truth, more and more species are endangered today and do not benefit the same public support the panda does. And still, with less than 2 000 individuals on Earth, panda’s population may have grown back in forty years, it’s still a very low figure and the work cannot stop here.

This is why Tsume is supporting WWF! Vegetal and animal species preservation worldwide is a major issue! Not only ethical! Obviously, wanting to fight the consequences of this probable 6th mass extinction for moral reasons is great. But there are also very pragmatic reasons to do so: to help the human survival! Earth is a very complex and fragile ecosystem, result of a slow and long evolution through time. Bonds between different species are far more complex one might think. From the bees’ disappearance threatening pollination and our agriculture, to panda’s disappearance, our planet is right now being disrupted heavily and we won’t know some of the consequences before we see them happening. 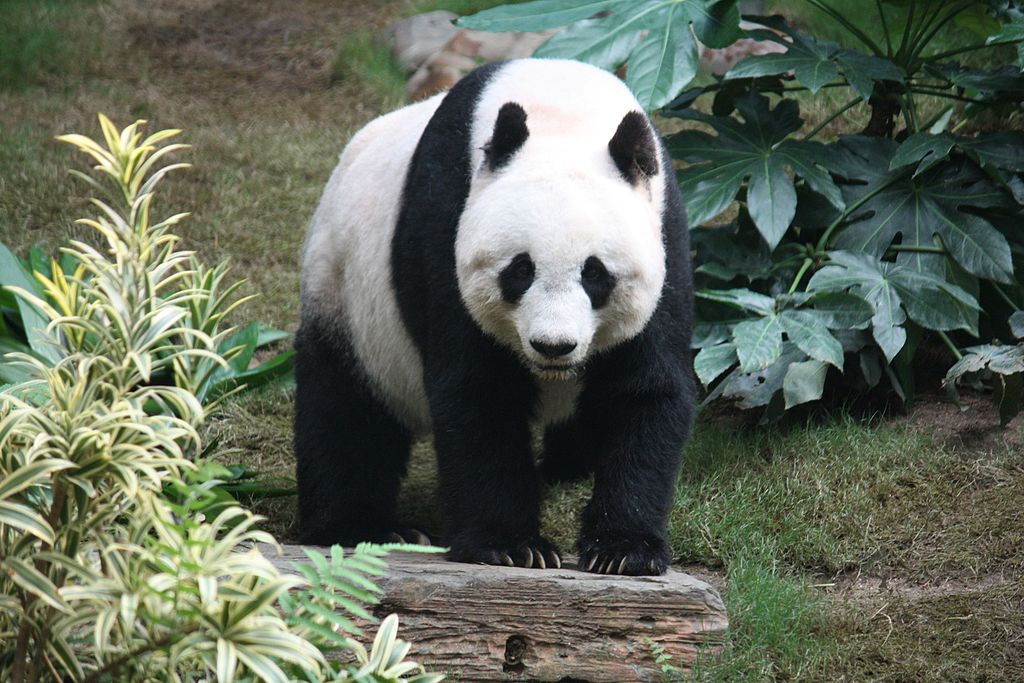 Today, WWF is practically working to protect endangered species worldwide, and on a global scale fighting environment issues. This organisation is leading local actions in different part of the world with five major axis: Forest, Oceans, Wildlife, Food, Climate & Energy. Because WWF cannot work all by itself, it needs the help and donation of all of us that feel concerned, and want to get involved, in his/her small way. WWF also needs volontaries to help during actions, donate some of your inheritance… possibilities to support WWF’s work is manyfold, and of course, there are also many other organisations whose everyday work is gigantic, while they also try to bring actual solutions to modern society’s challenges.

More than an honour, it is a duty to work as much as possible for noble causes. I thank all of those who’ll be able to contribute, all my team, and of course all of those who fight everyday to help endangered species. There are many fights to win, and Tsume intends to join more and more in these actions.

Thank you for reading

We use cookies to provide you a better user experience.